With the holiday break now over, here is a primer for ETS athletes in the second half of their respective seasons in the NHL, AHL and ECHL:

In 15 games this season, Andy has yet to record a point. However, the 3rd year center is finding other ways to help his club win games, mainly at the dots winning just under 60% of his face-offs. 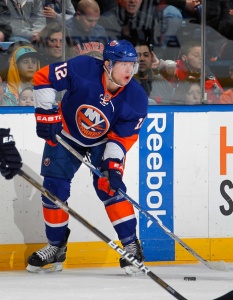 With just 8 points in his first 17 games, Josh has since recorded 13 points and 4 in the last 3 games heading into the holiday break. The Islanders seem to be at an important fork in the road of their season, they will need to continue to build on recent success if they want to challenge for a wild card spot.

With half of his points coming on the man advantage, Corey and his Ducks teammates own the 2nd best power play in the NHL. Not unlike any other star, Corey has experienced peaks and valleys this year when it comes to point production. As seen most recently when he snapped 4 game pointless streak during the last game before the holidays. 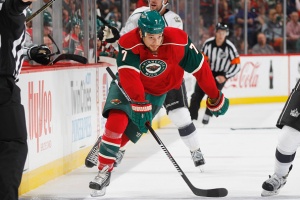 Chris followed his coach from Anaheim this past off-season, which saw him land a contract with the Minnesota Wild. And although they had a rough start to year, they are currently on a 10 game win streak. Chris has played an integral role this year for the Wild, wearing down opposing defenses and chipping in 5 goals and 8 points.

In his 2nd NHL season, Nick has seen a steady improvement evidenced by his consistency in the line-up and increased point production. Nick recently visited the ACC with his Ducks teammates and managed to score a goal in front of his hometown crowd.

Since returning to the line-up late in November, Kris has been held pointless in 4 games, and has 10 points in his last 12. Kris and the Flames are hanging on to the 2nd wild card spot in the western conference. 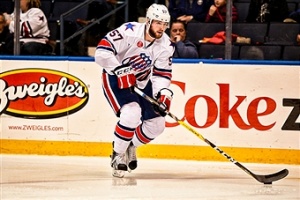 About a third of the way through the season, and it is looking more and more like a rebuilding year for the Rochester Americans. Brady continues to develop as he is sure to be a part of the solution for the Buffalo Sabres farm team cialis generika online kaufen schweiz.

Chris is a veteran of the AHL, and after playing his 13th game this year, he only needs to play 17 more to reach the 400 games played milestone!

With 8 points in 18 games, Colin looks poised to make a significant jump in offensive output. He had 18 points in 70 contests a season ago. 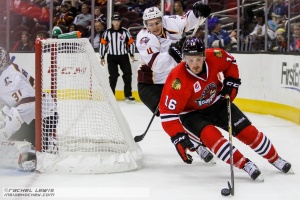 Sam and his Rockford Ice Hogs teammates are in for a tough remainder of the season. They currently sit 8 points back of the final playoff spot.

Playing the last place Checkers, Trevor has managed to keep a positive plus/minus rating (+2). Like his brother Sam, Trevor and his teammates will have to battle extremely hard to fight their way back to the playoff picture.

Paul has really only gotten his feet wet so far, as he settles in, look for his smooth play making ability and sharp decision making to take over. 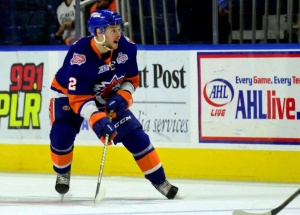 After he started the year in the ECHL – and did very well – Jesse was recalled to Bridgeport. Since being lifted to the AHL club, Jesse has not disappointed recording 7 points in as many games.

Ryan has had a solid start this year, and is on pace to have his most productive season since the 2011-12 when he score 51 points with the Toronto Marlies.

Although the points are coming easy this year, Mitch continues to work hard.

If you need a defenseman who willing to shoot the puck, look no further. Brandon has shot the puck 108 times in 24 games, and has been rewarded with 6 goals in just 24 games.

After struggling to get into the line-up with Cleveland in the AHL, Dante was sent down to the Cincinnati Cyclones of the ECHL where he was then traded to Norfolk – the ECHL affiliate of the Edmonton Oilers. Dante, however, is an extremely determined athlete, and we have no doubt this will only fuel his fire. 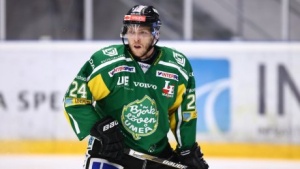 Making the move back home to North America is proving to be a good choice for Mike. Since joining the Grizzlies, he has recorded 10 points and sits 9th on his team in scoring.

Tyler is coming off a season to forget, marred by injuries. He’s looking to turn things around this year and is off to a good start with 12 points in 22 games. 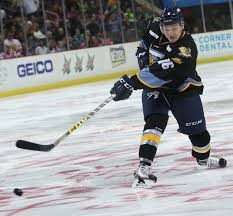 Tyler, who sits 4th on his team in scoring, has exploded out of the gate this year. He is on pace for a point a game with 25 points to his name. Tyler’s excellent play has surely helped his Toledo Walleye to the number 1 seed in the western conference.

Nick will be looking to make the leap back up to the Binghamton Senators where he finished the season a year ago. He has definitely done his part so far this year with 10 points in 19 contests.